TO BE WITH YOU – MY FAMILY IN MYANMAR 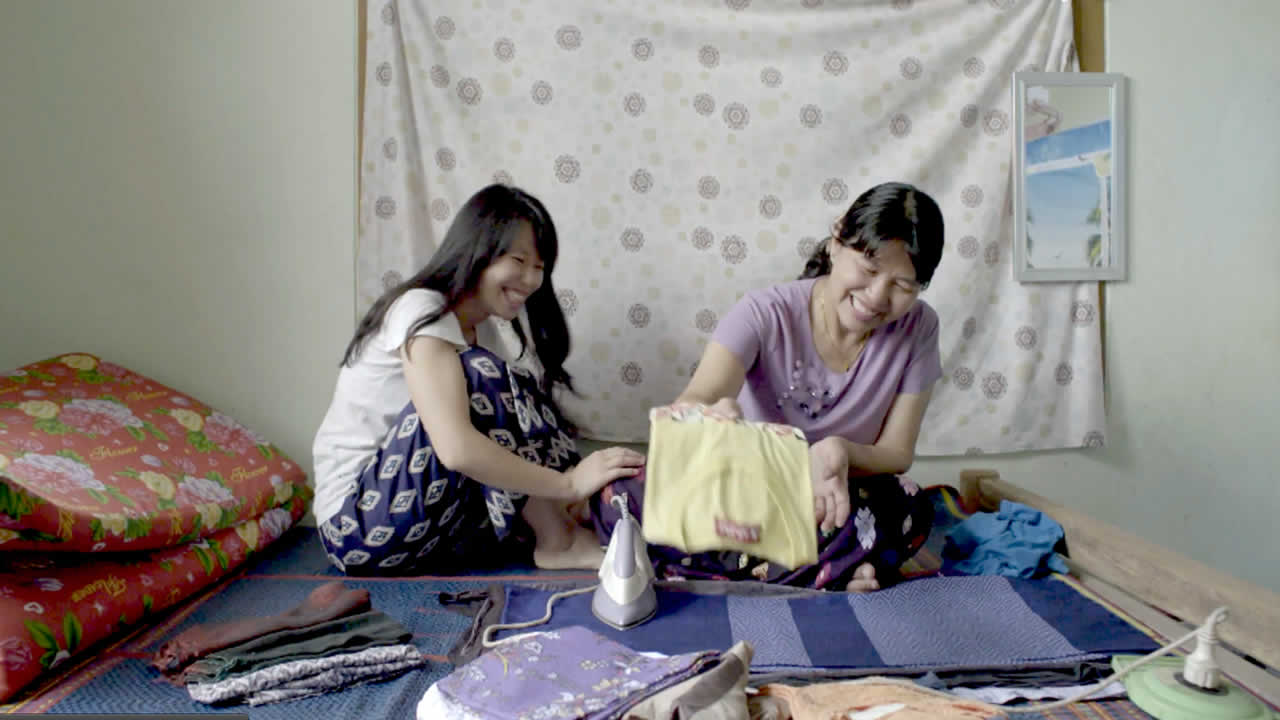 The filmmaker travels to Myanmar, where she grew up, and provides an intimate look into the ties to her family. Neither her parents’ migration looking for work nor the military dictatorship which lasted until 2011 or the fact that her own course of study lead her to Germany could break these ties. On the contrary. Since her parents, as is typical for their generation, moved around for work, the journey criss-crosses through the country, returning to the stations of her childhood. The camera captures all aspects: the political past and present of Myanmar as well as the filmmaker’s relationship to the women who once raised her.

On her journey through a land caught between modernization and an idyll of forgotten times, she encounters the people who planted this desire in her, the desire which has brought her here from Germany. She experiences a sense of security, warmth and vivid memories from the stories of the past which lead to the future. And the omnipresent rain, captured by the camera time and time again, seems to connect them all: the grandmother, the mother, her childhood friend who remained – even the filmmaker and her father, the great unknown one.

The film becomes a journey between the times and provides insight into the soul of the country which, after years in the darkness of a military dictatorship, is now experiencing something of an optimistic mood. The trip into the past becomes the path towards the future.

WE ARE XA STORY OF SAHEL SOUNDS