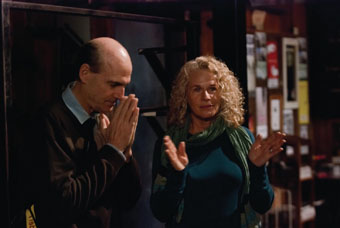 Framed by the illustrious careers of James Taylor and Carole King, TROUBADOURS delves into the quietly explosive singer-songwriter movement in Los Angeles during the early 1970s. From their home at impresario Doug Weston’s Troubadour Club in West Hollywood, artists like Taylor, King, David Crosby, Jackson Browne, Joni Mitchell, and Kris Kristofferson (the list goes on) wrote and performed songs with intimately personal lyrics, marking a transition from the politically focused songs of the ’60s. While some rock critics denigrated the music, the spirit among the musicians was one of collaboration and inspiration, and these singer-songwriters flourished.

As a chronicle of the time, the film combines archival footage, rare performances, and interviews from a veritable who’s who, including Elton John, Steve Martin, and Bonnie Raitt. It allows us insights into the scene (and its inevitable demise) and celebrates the pure, timeless music and the undeniable legacy of these groundbreaking singer songwriters.