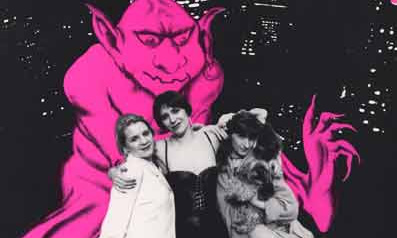 When I was planning my film ÜBERLEBEN IN NEW YORK (Survival in New York), I thought that I would once again, after such a long time, do a film with so-called ‘normal people’. The fates of three young German women who lived in new York for ten years fascinated me, since I was, after all, similarly enthused about America, but saw it at times just as critically. All three women were hypnotized by New York at first, for them the city was like a drug. Poverty, dirt and crime did not seem to bother them, quite the contrary. New York meant breaking out of their middle-class German surroundings: liberation, adventure, struggle.

NO NAME CITYWALKING TO WERNER