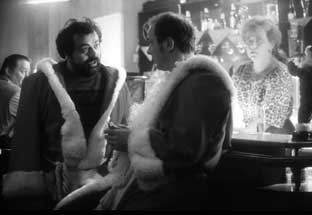 Christmas Eve 2002: Christmas panic is at its seething point – soon the shops will close and then it’s too late for anything. The atmosphere is a mix of gushing expectations, panic and frustration – all seem stressed by the idea that this evening has to be very special – after all, it’s Christmas! The various parties in a block of flats in Cologne await the evening with mixed feelings, too, having their own hopes, wishes – and anxieties. For all of them Christmas will be as Christmas always has been: Some will see their dreams come true, others won’t.