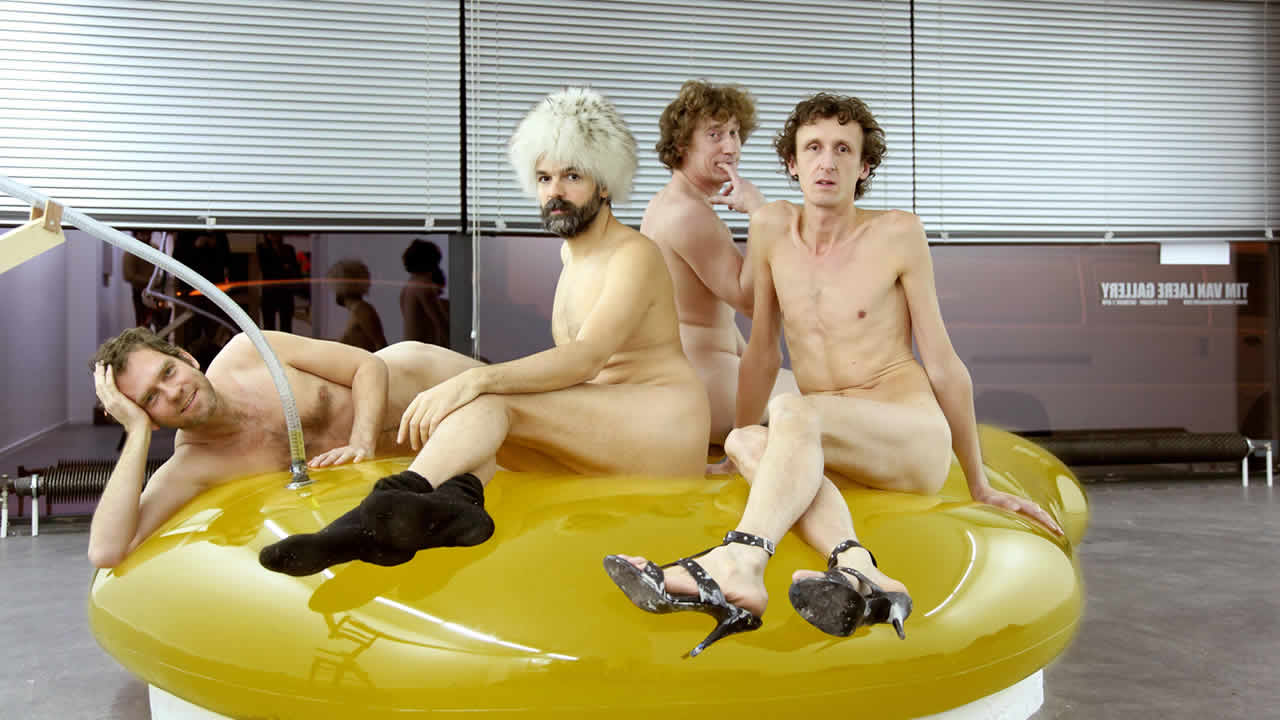 The artist Liam Gillick never saw them. Even director John Waters doesn’t know what happened to them. The filmmaker Tony Conrad has his theories, but doesn’t reveal them. The four members of the Austrian artists group Gelitin (Wolfgang Gantner, Ali Janka, Florian Reither, Tobian Urban) have disappeared. Salvatore Viviano, artist, gallerist and sporadic participant of Gelitin performances, embarks on a journey in search of the funniest boy group in the world, interviewing artists, gallerists, and museum employees about them, always with an impressive microphone in his hand. The (fictional) research forms the narrative backbone of this film which passes through the anarchistic goings-on of the Gelitins like a tour de force.

The quartet was famous for pioneering and elaborate performances, sculptures, installations and photography. Sometimes wading in mud, encouraging the audience to artistic demolition, staging fashion shoots where stuffed animals were strung up on testicles, dancing naked with tassles on their buttocks, rotating their hips, or discussing which excretion of the “shit alphabet” – letters made from feces – was the work of which of the four.