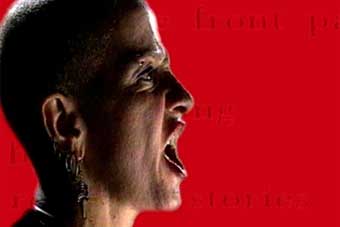 Kathy moved out of her wealthy family home in search of a “female language” and became part of the New York punk and literature scene. She worked in strip bars, lived on the poverty line and experimented with drugs and sex. In her writing, she mixed fact and fiction, biography and dream images, hardcore sex and caustic political satire to an innovative, non-narrative Cyber-Punk style. She poached the world literature, as she said herself, and restyled heroes of classic works like Don Quixote or Great Expectations as heroines. The film documents the writer’s life using unusual documentary strategies that combine her life and her works.