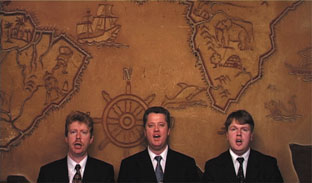 In the wake of the recent change of power in Austria, four film makers set out to conduct a cinematic survey of Austria. The purpose was to document the political and social state of the nation and its people. In the course of their quest for microcosmic revelations, the four encountered people whose lives are compounded of both private and political dimensions. Four directors, four perspectives, and a multitude of realities.