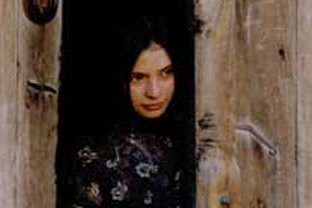 Upon the Taliban’s assumption to power, no woman is allowed to leave the house without a male member of her family as chaperone. This poses a problem especially for widows and unmarried women since they are no longer able to earn a living. One mother decides to dress her 12-year-old daughter as a boy and find her a job with a milkman, and old friend of her dead father’s. The girl, assuming the name Osama, is constantly terrified her true identity might be revealed.

During forced visits to the mosque and the obligatory military training in a Koran school the young girl, unfamiliar with the behaviour of the male world, attracts attention, and eventually her cover is blown. She is sentenced to prison. In order to escape being stoned or executed, she is forced to marry an old Mullah …