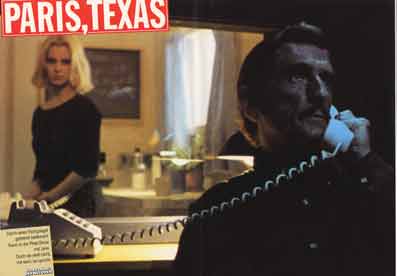 Texas, somewhere near the Mexican border. A man appears in the desert, after having crossed the border illegally. He must have been going for days on foot. He reaches the first settlements on the American side and collapses. He is taken to a hospital. He has no identification papers and does not speak. In his wallet, the doctor finds nothing but a visiting card with a name and address in Los Angeles. He rings the number. It turns out that the young man’s brother lives there. His name is Walt, and he has heard nothing from his brother, Travis, for the past four years; he had assumed him to be dead. Walt gets on the next flight to the Mexican border.