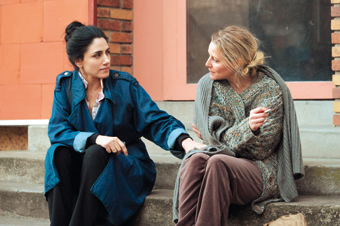 14-year-old Bora has been living with his mother and his little brother Nuri for the past ten years in a suburb of Paris. Since that time, the Turkish family has been dealing with their difficult situation and fighting for their integration. Bora, who grew up without a father, is one of those precocious children who grow up too fast. In order to gain the respect of his “big brothers” in the neighborhood, he commits an act with serious consequences.

Simon Torossian is an Armenian emergency doctor whose life changes from one second to the next when he is called into the neighborhood and is injured by a youth gang. Bora, who was also a part of the gang, is appalled with what happens and saves the doctor from the flames. Simon doesn’t realize that his rescuer was actually involved in the attack and is thankful to him for the rest of his life.

But the situation gets difficult for Bora, particularly since he is the only one who is not arrested. Even worse, he is awarded a medal for his courageous act. His mother sees this reward as an opportunity and the promise of a brighter future. But Bora is caught up in a horrible moral conflict …