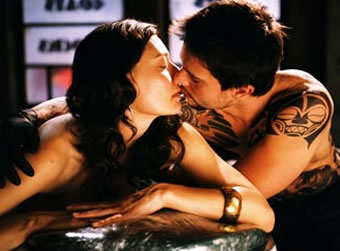 American tattoo artist Jake Sawyer explores and exploits ethnic designs from around the world. At a tattoo expo in Singapore, he glimpses the exotic world of traditional Samoan tattoo (tatau) in the work of the fiercely proud Alipati. Fatefully, Jake is attracted to Alipati’s beautiful cousin, Sina.

When Jake impulsively steals an ancient Samoan tattooing tool, he unwittingly unleashes a powerful angry spirit. Suddenly, his art takes on a frightening new dimension, exposing everyone he touches, including the feisty Singaporean Victoria, to mortal peril.

Sensing the solution can only lie with the Samoans, Jake follows them to Auckland, where he runs into an old adversary, tattoo artist Crash and a new one, the respected Samoan elder Aleki Va’a. His investigation takes him on a devastating journey into the dark heart of Pacific mysticism. There, Jake must recover his own soul if he is to save the woman he loves and escape with his life …